Combatting the myth that granite countertops are bad for your health 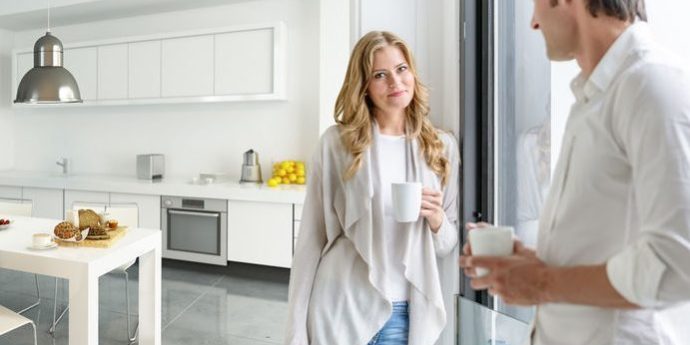 If you’re interested in construction or home improvement, chances are you’ve come across the idea that granite emits radon, a radioactive gas. Stories to this effect began showing up in the mainstream press a few decades ago, raising the alarm among homeowners that their countertops may cause cancer.  Trade associations like the Marble Institute of America and the Natural Stone Institute responded with their own papers, but consumers remain concerned. Naturally, people still want answers. Does granite release radon, and if so, is it a dangerous material for your home?

First, let’s get clear on the science. Though it may sound alarming, the truth is there is radioactivity all around us—in the air, water, and even sunlight. Radioactivity is simply energy transported in waves or particles like light, ultraviolet, or infrared. Natural radioactivity comes from well-water, elements found in the earth, and even the cosmos. Emissions from nuclear reactors, elements in concrete or drywall, and cigarette smoke are all sources of human-made radiation.

Like all rocks, granite contains naturally occurring radioactive minerals and because it tends to have higher levels of these elements, it will be more radioactive than some other stone materials. Granite will emit radiation directly through the surface itself, or in the release of radon, a radioactive gas—both are due to the natural radioactive decay of one element into another. In short, granite is radioactive, just like everything else in your home!

To answer this question, let’s go back to the science.

According to a Marble Institute of America Technical Bulletin, the amount of radon gas emitted by a granite countertop is less than one millionth of that already present in household air from other sources. Put another way, an average countertop gives off an amount of radon that’s 270,000 times less than the level of radon in the air outside. In a breakdown of the elements that contribute to household radon, the soil around the house accounted for nearly 70%, with well water adding another 18.5%. Building materials, on the other hand, were only responsible for 2.5% of household radon.

The Institute’s conclusions were clear, stating that “compared to other radiation sources in the home and outside, the risk to the home-owner from radioactivity emitted from a granite countertop or tiles is practically non-existent.”

It’s perfectly reasonable to wonder about the relative merits and drawbacks of granite as a building material in your home, but don’t let worries about radioactive gas prevent you from considering this sophisticated and durable stone.

Stonex is a Proud Supporter of The Princess Margaret Home Lottery
January 30, 2022

5 Classic Bathroom Decor Ideas That Will Never Go Out of Style
November 8, 2021

How to Style your Countertop
November 8, 2021

Spring Cleaning: How to Care for Stone Countertops
May 18, 2021